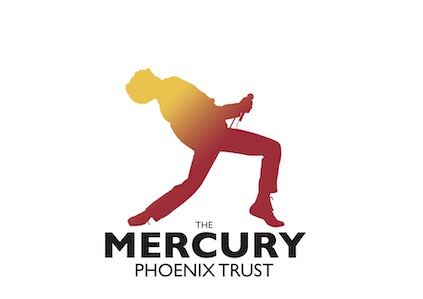 YOU GUYS ARE AMAZING!

IN THE LAST TWELVE MONTHS THE MERCURY PHOENIX TRUST HAS DONATED A TOTAL OF £579,021 - READ THAT AGAIN - OVER HALF A MILLION POUNDS! WE HAVE HELPED FUND 102 PROJECTS, WHICH IS NEARLY TWICE AS MANY AS LAST YEAR, IN 16 DIFFERENT COUNTRIES.

WE TRULY OFFER YOU OUR HEARTFELT THANKS, YOU MEAN THE EVERYTHING TO US, YOUR SUPPORT IS OFF THE SCALE. YOU REALLY ARE THE GREATEST FANS.

The Mercury Phoenix Trust was founded by Brian May, Roger Taylor and their manager Jim Beach in memory of rock band Queen’s iconic lead singer FREDDIE MERCURY who died in 1991 from AIDS related causes.

The dreadful toll of the Covid pandemic is slowly being revealed and it has especially impacted on women and girls, with a huge increase in teenage pregnancies, violence to women, domestic abuse and of course AIDS. Charities estimate much of their work and achievements over the last twenty years has been undone but they are eager to start again and regain lost ground.

For many years, the MPT has focused on funding Education and Awareness projects in the developing world, believing that knowledge and prevention are key to tackling this terrible disease. The projects funded cover a breadth of education and awareness issues, ranging from educating grandparents looking after their grandchildren orphaned by AIDS in Cambodia, to preventing mother to child transmission in South Africa, to HIV awareness theatre in Papua New Guinea and educating sexually active youth globally.

Although the MPT donates to the large NGOs and well-known charities, the greater part of funding goes direct to small grassroots organisations, which the bigger charities tend to overlook. By doing so, the MPT makes a real difference. We are proud of the fact that more that 93p in each pound we raise goes to funding projects spread across the globe and in total the MPT has funded well over 1,500 projects in 57 countries, giving away over 17 million pounds in the global battle against AIDS.

HELP US to use Freddie’s memory and charisma to keep funding these desperately needed HIV/AIDS global initiatives.

"Whatever you do, don't make me boring" Freddie Mercury

The Freddie For A Day initiative is a celebration of the life of the iconic Freddie Mercury, bringing people together to dress as Freddie to raise awareness and much needed funds to support the work of the Mercury Phoenix Trust – fighting AIDS worldwide.

Freddie For A Day was launched in 2010 and is held every 5th September, Freddie’s birthday, although people are encouraged to hold their own FFAD on any day of the year.

Fans and friends around the world celebrate Freddie For A Day in every way imaginable. Young and old, people have donned a moustache and gone out for drinks, gone to class, gone shopping, taken the train, taken the plane, put on a concert or run a mini-marathon dressed as Freddie.

Some go the whole hog by wearing full costume for the entire day. Some just decide to support the cause by wearing something yellow or putting on a moustache. The main thing is to have fun, raise awareness and try and get sponsored to raise funds.


Freddie For A Day is happening around the world and the numbers are growing.

YOU TOO CAN GRAB A 'TACHE
AND HELP RAISE MONEY FOR THE MPT...

A carpenter from the UK has spent Freddie For A Day on a building site with his moustache and MPT collection box.

A karaoke aficionado in San Francisco organised a brilliant Freddie sing-along, with donations going to the MPT.

A Mexican restaurant in New York sold 'Mercury' margaritas in aid of the MPT.

In Japan a flash mob of moustachioed commuters took over Shimbashi Station SL Square in Tokyo.

A crazy lady in Argentina swam a water marathon in the murkiest of waters, complete with Freddie moustache and FFAD swim hat sponsored by friends and family.

Good luck organising your own Freddie For A Day - your support and any funds raised are much appreciated and go towards the work of the Mercury Phoenix Trust fighting AIDS worldwide.